Screen time soars for US children amid global pandemic

With almost all U.S. states closing schools until at least the end of the month, most children ages 6–12 say they are spending at least 50% more time in front of screens daily, according to new data from SuperAwesome, a kids technology company.

Why it matters: Parents were already struggling to limit screen time for kids when they were in school, let alone trying to pull them away from their devices while they are forced to stay home away from their friends, peers and regular activities.

Driving the news: In the U.S., a majority of 6–12 year-olds say they use screen devices either a lot more (at least 50% more), twice as much, or for what feels like “most of the day” during the coronavirus pandemic.

Details: Traffic to kids apps and digital services has increased by nearly 70% in the U.S., per the report.

Gender split data shows that girls over the past few weeks have typically used chat apps and TikTok more than boys and have read more. Boys on the other hand, have weighted much more heavily towards gaming.

Be smart: It’s easy for parents to blame phones and tablets for an increase in digital engagement, but most kids say they are spending more time watching content on the TV screen than anything else.

Yes, but: Levels of increased screen time can actually be a reflection of healthy engagement too, says Collins.

The bottom line: For many parents who are forced to simultaneously balance child supervision and working at home, screen time limits have effectively been out of the picture. 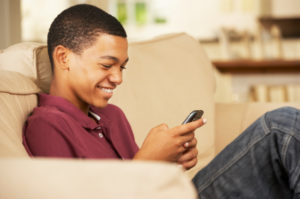 Originally posted in the Chronicle of Evidence-Based Mentoring/ March 31, 2020/in Mentoring in the News /by Jeremy Astesano