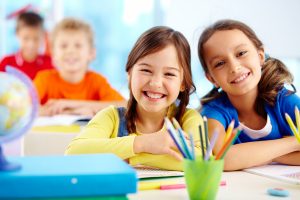 Having a secure relationship with; The  a parent or guardian — one characterized by trust, caring, availability, and dependability — has been associated with many positive outcomes for youth. Specifically, research has shown that adolescents who are securely attached to their parents/guardians have higher levels of life satisfaction, academic success, interpersonal relationships, self-efficacy, and lower psychological distress. This study aims to look at the relationship between both parent and peer attachment relationships and life satisfaction for youth, as well as examining possible gender differences.

The study consisted of 587 youth, from five middle schools in the southeastern US, ranging in age from 10 to 16 (M= 12.56). The youth filled out questionnaires on their life satisfaction: a cognitive appraisal of one’s satisfaction with his or her life as a whole (Diener, 1994), and their parent and peer attachment relationships.

Overall, these findings add to the literature that links the quality of attachment relationships to life satisfaction in early adolescents. Given that research suggests that during adolescence, there are significant changes that can be made to the organization of one’s attachment system (Allen & Land, 1999; Hazan & Shaver, 1994), this makes adolescence a crucial time to either improve upon the way an individual views relationships and/or reinforce an adolescent’s already secure view and expectations of people in his/her world. Accordingly, these findings have important implications for mentoring, showing how valuable a positive attachment figure, i.e., a mentor, could be for an early adolescent during such a formative time. Further, this study emphasizes the importance of relationships are during adolescence in predicting how satisfied an adolescent feels with his or her life.

By Jean Rhodes August 20, 2014; The Chronicle of Evidence- Based Mentoring