Do your mentors benefit from being a mentor? 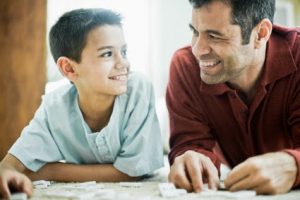 In a Forbes article written late last year, Brett Steenbarger discusses what he calls the “psychology of giving”. In it, he argues that, when we experience ourselves as givers, we receive a deep and enduring affirmation of our value to others.

That’s nice, as far as it goes, but is that the whole story? It isn’t hard to see how this selfless giving model translates to many volunteer mentors in this country, and it is certainly of benefit to exist in connection with those around us, as mentoring relationships enable us to do. Less attention seems to be paid to the way in which youth mentees enhance a mentoring relationship with their own unique contributions, however.

Still, as Steenbarger comments, “mutual giving brings a higher level of engagement and learning,” an idea that has been borne out in the research. Perhaps it isn’t so far-fetched to think that mentees who feel that they add value to the lives of their mentors in the form of giving their time, ideas, and skills (think technology training, for example) in an appreciated manner would feel more engaged and connected to their mentor. There have been some rumblings in the research to this effect, particularly when you tie this idea to a demonstration of agency in youth development. Certainly, however, more research in this area is needed.

This highlights a potential issue/opportunity facing mentoring programs: Even though it is possible that being concrete about the ways in which mentors can benefit from being a part of the mentoring relationship could be a boon for framing the relationship in a way that improves the longevity and level of engagement in the relationship, very few programs are endorsing those ideas.

In a recent study (being prepared for publication), Òscar Prieto-Flores and I looked at a sample of American and European mentoring programs to determine ways in which mentoring programs approached mentoring as an intervention. Some of the questions we covered included, for example: Was the program aimed at preventing problem behaviors and outcomes, or promoting positive development? Were the targets of mentoring programs at-risk minority youth, or were they emphasizing other populations?

As part of this research, we combed through mission statements, yearly reports, and program materials for more than 100 different programs in the US and continental Europe.

There were several striking differences, but one of the findings that was most surprising was the way in which programs in the US and Europe described the flow of benefits between the mentor and their mentee. Only 12% of the American programs in the study talked about the benefits of their mentoring program in a bidirectional manner. That is, the majority described the benefits of mentoring as only being experienced by the mentee (while a couple of programs had no information regarding the benefits conferred by the mentoring relationship).

Sixty percent of European mentoring programs, on the other hand, took this approach. Regardless of the structural or contextual reasons programs may opt to take these approach, not many programs in the United States sample conceptualized mentoring as something that could tangibly benefit both the mentor and the mentee.

Now, it’s important to keep in mind that these findings are based on a relatively small sample of mentoring programs, although it is unclear exactly how many mentoring programs are operating in the United States currently. There is quite a lot of year-over-year churn in the number of programs. Nonetheless, although these findings are not representative of all programs, important lessons can still be drawn that can serve as areas of development from a programmatic perspective. How might reframing the mentoring relationship as being mutually beneficial, for example, signal to the mentee that they have valuable experience, skills, and benefits to bring to the relationship as well?

We will be presenting our findings in full during the European Mentoring Summit in March in Berlin, but we would like to hear from our readers, as well. In what ways do you think your program is highlighting the benefits of mentoring for the mentor, if at all? Is that an area where you could see some benefit to the mentoring relationship? As Steenbarger concludes in his piece, “[M]aking a difference makes an important psychological difference in our lives.” Within the mentoring relationship, that important change need not be described as a one-way street.

From the Chronicle of Evidence-Based-Mentoring; By Justin Preston February 28, 2018