Guiding a first generation to college: Where do mentors fit in? 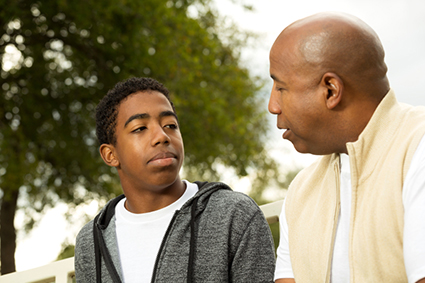 In the first of two articles addressing the transition of first-generation college students from high school graduation to higher education, New York Times writer Tina Rosenberg highlights some of the issues facing low-income and low-resource students in New York City.

“[Students’] assumptions that [their] only options were community or non-selective colleges are typical for students whose families have no experience of college. They contribute to a huge and pernicious education gap between high-income and low-income kids.

Yes, it’s true that a smaller percentage of poor students than rich are ready for good colleges — poverty is associated with worse grades and test scores.” However, says Rosenberg, focusing only on that issue neglects an important fact: the gap exists even among students who are ready.

“About 30,000 students from poor families score in the top 10 percent on the SAT or ACT college entrance exams and yet don’t go to selective schools. And nearly a quarter of low-income students who score in the top 25 percent on standardized tests never go to any college.”

While a number of the causes for this unequal participation are deeply rooted and resistant to change, there is one area where improvements can readily be made: the information disconnect.

This information disconnect has very real implications for the students. “More than a quarter of high-achieving poor students never fill out the Fafsa, the Free Application for Federal Student Aid. The Common Application for college waives its fees for poor students. But 84 percent of high-achieving students with family incomes under $20,000 don’t apply for a waiver,” says Rosenberg.

Although schools with more resources are able to provide professionals dedicated to helping their students with the application process, in public schools that role often falls to the guidance counselors. However, the numbers facing guidance counselors are daunting. Nationally, a guidance counselor is responsible for, on average, 471 students.

In some states, the ratio is even more unbalanced. California, for example, has a student/counselor ratio of 1/1,000. The research shows that adding even one additional counselor is associated with a 10 percent increase in enrollment in four-year colleges. That said, schools are apt to cut these positions, not add them, when facing budget crises.

There are several programs that are seeking to address this information disconnect. One such program is College Advising Corps. According to Rosenberg, “It works with universities in 14 states to hire and train recent college graduates and place them in a high school for two years.

The majority of the advisers are first-generation college-goers, almost peers to the students they advise…Aileen Moner, program director of the New York University College Advising Corps, said that high schools in New York City with the program have seen a 30 percent to 40 percent increase in students considering, applying to and attending four-year schools.”

Other programs have opted to take a different approach. Instead of ongoing, in-school support, organizations such as College Summit hold “intensive summer workshops” which train “rising seniors to become peer leaders in their schools, on the principle that the most important influence on a teenager is another teenager.”

These and other programs demonstrate that policy makers and educators understand the need to support lower-income and lower-resource students seeking to attend college. As Rosenberg states, “All the models have advantages and disadvantages, but with more investment, together they could form a patchwork quilt covering a lot of students.

The number of initiatives is heartening. There have been early visionaries — J.B. Schramm started College Summit 20 years ago, for example — but in large part this problem got no widespread attention until the recent research quantifying the yawning dimensions of the college gap. Now the challenge is to reach a million kids a year.”

The Bottom Line for Mentors

Mentors are uniquely positioned to support their mentees’ ambitions to attend college. By acting as a resource for their mentee, mentors can collaboratively explore what options are available to the aspiring college student.

This could take the form of visiting nearby college campuses together, organizing application materials and requirements for their mentee, or establishing a structure for the application process to keep their mentee on track.

It could even entail simply acting as a sounding board for the mentee’s ideas and plans for the future. Which schools have good STEM programs? What are some of the challenges of studying far away from home?

These are but a few examples of the profound impact that a mentor can have on a student hoping to navigate the confusing, often daunting process of applying to college. The need for support is pressing, and mentors can be the ones to give it.

From the Chronicle of Evidence-Based Mentoring; Posted by Justin Preston April 26, 2016