How Adults Can Step Up in Youth Social Activism 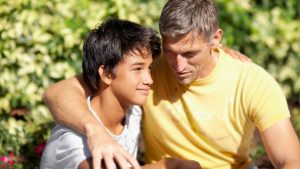 In a recent example of youth social activism, Meggie Noel and Kylie Webster-Cazeau started a campaign via YouTube videos and social media (#BlackAtBLS) to expose the racially hostile environment at their Boston elite public school. They gave examples of teachers who either engaged in racial microaggressions and blatant racism and administrators who were made aware of students’ racist Tweets, but did nothing.

During these moments of youth activism, adults and mentors need to step up to support young people as they call for social change. It’s worth the effort.

“The Mentoring Effect,” a survey of 18- to 21-year-olds shows those who had a mentor while growing up were more likely to be enrolled in college and volunteer within their communities compared to those who didn’t have a mentor.

Adults can create ideal mentoring scenarios that help young people hone decision-making and leadership skills, anchored in being given responsibility for results. For example, in research on mentoring and youth development among urban, low-income adolescents of color, I’ve found young people rate mentoring relationships and programming higher when they have a say in activities and goals.

In one school-based mentoring program my team evaluated, letting high school boys take on leadership roles allowed them to become invested in both the program and in the younger boys they mentored.

Students thrive when adults talk to students from a strengths-based perspective, assuming students have the capacity to be leaders rather than assume it’s a quality they lack. For example, upperclassmen who plan curriculum and activities, feel empowered and motivated because they learn important skills to prepare them for adulthood.

A youth-centered approach is essential to mentoring for social activism and allows adult mentors to challenge youth. Adults can serve as guides and facilitators, such as answering questions about how to safely and effectively conduct protests, but young people must be free to generate goals and strategies. Otherwise, attempting to take control of social movements alienates those seeking to have their voices heard. Think about what many youths are dealing with: Seeing the killings of unarmed black and brown people can make them feel dispensable and that their lives could be taken away at an instant.

Today’s youth are making their mark on history just as we saw the Student Nonviolent Coordinating Committee did in coordinating the Freedom Rides in 1961, which ultimately led to desegregating public accommodations like bus terminals. And letting them take the lead, while grounded in the historical and institutional memory of adults, has created some powerful outcomes: Meggie and Kylie’s campaign brought the attention of the Mayor of Boston, Martin J. Walsh, and the Boston Public Schools superintendent Tommy Chang who met with students to discuss their concerns. School officials then investigated the students’ charges and plan to make changes in the school system to decrease racism.

These successes can be empowering to young activists of color, fostering a direct link between their actions and futures, making them feel heard by people in positions of power. In so doing, they will have the opportunity to lend their voice and constructive ideas to the shaping of their own futures.

Bernadette Sánchez, Ph.D., a Public Voices Fellow of the OpEd Project, is a Professor in the Department of Psychology at DePaul University. She conducts research on mentoring relationships and positive youth development among urban, low-income adolescents of color.

From The Chronicle of Evidence-Based Mentoring; By Justin Preston March 8, 2016