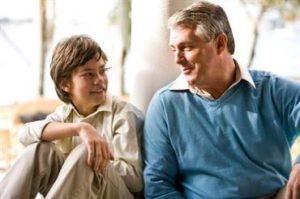 Most teens have behavioral brakes, and use them, to keep risk-taking experiments and impulsive behavior in check, a new study reports.

The study, which appears in Journal of Youth and Adolescence, finds that only a subset of teens—those with weak cognitive control—engage in excessive levels of impulsiveness, such as acting without thinking and end up struggling with addictions or other behavioral problem as young adults.

Cognitive control is the ability to exert top-down control over behavior, thoughts, and emotions. This ability, tied to executive functions, rests in the brain’s prefrontal cortex.

“People have heard so much about the teenage brain being all gas and no brakes, stemming from an imbalance between the reward and control regions of the brain,” says Atika Khurana, a professor, and director of graduate programs in the prevention science program at the University of Oregon. “This study shows that this is not true. There is an imbalance for some youth, but it is not universal.”

The findings, she says, challenge traditional thinking that adolescence is a time of universal imbalance, with kids lacking cognitive control and taking risks to reap instant rewards.

Khurana and colleagues analyzed six waves of data collected from 387 adolescents, ages 11 to 18, in the Philadelphia area. They looked at changes in sensation-seeking and impulsivity during teenage years in relation to cognitive control and as predictors of substance use disorders in late adolescence.

“Previous studies modeling changes in impulsivity and sensation seeking during adolescence drew conclusions based on age differences without looking at the same adolescents over time as they developed,” Khurana says. “This study looked at individual trajectories and captured distinct patterns of change that were not otherwise observable when looking at youth at different ages.”

The study supported predictions of the Lifespan Wisdom Model developed by coauthor Daniel Romer of the University of Pennsylvania’s Annenberg Public Policy Center. It also was in line with a series of published findings that have emerged from Khurana’s work with the same data, which began while she was a postdoctoral fellow at the Annenberg Center.

Subsequently, the group has shown that weak working memory in combination with impulsivity can be used to predict trajectories of early alcohol use and risky sexual behavior in adolescents and that adolescents with strong working memory are better equipped to escape early progression in drug use and avoid substance abuse issues.

The research, Khurana says, speaks to the need for greater emphasis on early interventions that can strengthen cognitive control.

Bottom Line for Mentors and Programs

Mentors and programs alike may have already experienced what this research has pointed out: teens aren’t completely at the whims of their impulses. It can be difficult to step outside of the prevailing narratives about teens and their lack of impulse control, though. Keeping this context in mind, the benefits of the present research present a clear opportunity for mentors, programs, and their mentoring partners to address the challenges their young partner may be experiencing in areas like school work or athletics.

While the roots of executive function (of which cognitive control is a part) extend into early childhood, there are ways for children and teens to improve their abilities in these domains. Harvard University’s Center on the Developing Child has a website with free resources for those looking to practice improving a young person’s executive function. This includes children from six months old to adolescents, with age-specific exercises at each age level.

For adolescents, topic areas include goal setting, planning and monitoring, self-monitoring, activities such as sports and music, and study skills. These are all actionable steps that a teen can take and which can be supported by a mentor or mentoring program to help improve their young partners’ opportunities.

Although adolescence is a time of change and limit-testing, it can be a period of personal growth and development as well, and mentors and mentoring programs are perfectly positioned to foster such positive growth.

Posted in the Chronicle of Evidence-Based Mentoring; By Justin Preston, August 23, 2018