The Secret to Youth Moral Development

How adults inspire young people to give back to society. 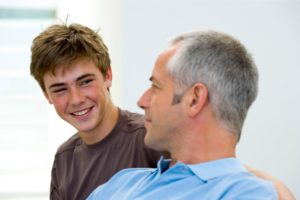 For many young people, service is an easy, meaningless, and often-required obligation of growing up in the U.S. But many young people say that service should not be easy, or a simple series of activities on the journey toward college.

These civically-engaged youth believe caring and service requires internal struggle to make it part of who you are rather than what you do. They claim that without educators and other adults who influenced them, they would not have developed moral lives or wanted to give back to society.

The young voices in Tomorrow’s Change Makers: Reclaiming the Power of Citizenship for a New Generation share strong messages that improve our understanding of what it really takes to facilitate moral development in this fast-moving, more impersonal Digital Age.

For example, Scott, a 20-year-old Black student at Nyack College in New York, grew up in North Carolina’s tobacco country. Recalling his teenage years, he said, “I was very shy, very quiet. And I didn’t really care about getting involved in my community.”

But in ninth grade, Scott learned of an organization in Durham that was “looking for youth to go out and speak to other youth about tobacco and smoking.” Scott confessed, “I always knew that smoking was bad, but I didn’t really know or care much about it.” Scott said he was attracted to working for this organization because it wasn’t the typical kind of menial work where adults tell you what to do.

“The fact that it was youth to youth was a huge draw,” Scott confessed. When I pressed him to dig deeper into other factors that motivated him to get involved, he admitted, “They made it seem like you didn’t have to be perfect, that they would help you. I thought that was cool— they met me at my own level.”

Trying hard to give me further insight, Scott added, “I also thought it would force me to stretch my rubber band a little bit— to stretch my boundaries.”

As Scott recalled his work with the anti-smoking campaign, he spoke highly of Bonnie, the adult leader. “She let youth play a huge role,” he said.

For example, Bonnie involved youth in decision-making and with training other young people. With an air of pride in his voice, Scott said, “She gave us guidance, but left the control to us. That’s what works when you’re trying to motivate youth. You’ve got to make them feel like they’ve got some type of role and some importance. That’s what Bonnie did.”

With Scott’s shy and reserved personality and lack of interest in community activities, most parents and teachers would not have predicted that this ninth grader would grow to lead a national anti-tobacco campaign, be awarded $100,000 for his cause, and speak to Congress and thousands of teenagers throughout the country.

Scott’s story is just one of many that were part of a study that showed how mentoring relationships with adults combined with meaningful service is an essential part of how American youth learn to care about others and the world around them.

In-depth interviews with young people show many connections between moral development and service. Among them is the role that adult mentoring plays in how young people come to view public service and in the meaning they glean from that work. Whether young people are raised wealthy or poor, they talk about strikingly common types of adult support as tweens and teens.

I call this type of adult support “scaffolding.” The concept of scaffolding was first used to describe the process of supporting a young child “to solve a problem, carry out a task or achieve a goal which would be beyond his unassisted efforts” (Wood, Bruner, & Ross, 1976). It was expanded by others, including Vygotsky (1978), to describe the interactional support by which adults fostered children’s efforts to learn.

While the term scaffolding is most often used in the context of teaching cognitive skills like math and language, interviews with young people suggest that adult mentors, parents, and program leaders also scaffold the development of moral development and critical thinking as well as internal strengths like self-efficacy.

In turn, these attributes bolster a young person’s capacity to successfully engage in civil society. Pea (2004) offered more evidence for relational scaffolding and linked it to social practices that have occurred in parenting and other forms of caring over millennia.

Rather than taking charge, young people described helpful adults as being in the background— mentoring, facilitating, and monitoring. When young people gained self-confidence and skills, adult participation faded. They moved forward, providing feedback, friendship, and more limited direct support. Such fading, according to Pea, “is an intrinsic component of the scaffolding framework” (p. 431).

The next time you work with young people, whether in a service experience, classroom, or situation that involves internal struggle, ask yourself, “How can I provide scaffolding for this young person? How can I mentor, support, and monitor rather than protecting them from struggle and discomfort?”

Adults who provide this type of scaffolding transform kids’ lives and foster their moral development.

Pea, R. (2004). The social and technological dimensions of scaffolding and related theoretical concepts for learning, education, and human activity. Scaffolding: A Special Issue of the Journal of the Learning Sciences, 13( 3), 423-451.

(This article was partially excerpted with permission of Eagle Harbor Publishing from Tomorrow’s Change Makers: Reclaiming the Power of Citizenship for a New Generation, 2015.)

Marilyn Price-Mitchell, PhD, is a developmental psychologist and researcher, working at the intersection of positive youth development and education. Follow Marilyn’s work at Roots of Action, Twitter, or Facebook.