Volunteering can be a multi-generational family affair 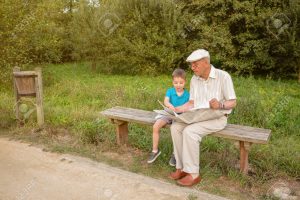 By Chris Farrell, Next Avenue Contributor

Fifty-something Linda Meadows, a volunteer with the AmeriCorps Reading Partners program, is tutoring students at the library of Cherry Hill Elementary in south Baltimore, a low-income, mostly African-American neighborhood. “I like to encourage young people. They need to be told they can do it,” she says.

For Meadows, Reading Partners is a family affair.

She convinced her 31-year-old son Michael Cobb to apply for the program when he moved from Connecticut with Meadows and her husband, an Episcopal minister. Cobb is now the Reading Partners site coordinator for volunteers at the Furman L. Templeton Preparatory Academy, a charter elementary school in west Baltimore.

‘I Recruited My Son’

“How about that?” laughs Meadows. “I recruited my son. Yes, I did. I was so happy he did it.” (The Trump administration’s new U.S. budget would eliminate all federal funding for AmeriCorps.)

At a time when the popular narrative about relations between the generations suggests there’s a brewing conflict over scarce resources, multigenerational volunteering is a heartening sign.

“The grumpy old men telling kids to get off the lawn only exists in television. The older person wants the young person to succeed,” says Trent Stamp, CEO of the Eisner Foundation, which promotes programs bringing together old and young generations to solve problems. “It’s so toxic to play with intergenerational conflict when there is no evidence of it.”

Multigenerational Volunteering: Parents and Kids Influencing Each Other

In fact, in the area of volunteering, there’s strong evidence the generations actually influence one another. That’s a conclusion drawn from a research study done by the Lilly Family School of Philanthropy at the University of Indiana-Purdue University in Indianapolis. The scholars looked at 10,000 households to investigate the charitable behavior of three generations —grandparents, parents and adult children.

Among their findings: Parents who volunteer are more likely to have children who volunteer. Specifically, for every percentage point increase in parental volunteering, the odds of child volunteering increased by 0.8%.

“The narrative seems to be about clashes across generations,” says Una Osili, professor of economics and director of research at the Lilly Family School of Philanthropy. “What we actually found is that there is a lot of shared interest.”

Her insight resonates with Sheila Sanders. She’s in her late 60s and a long-time community activist and volunteer; Sanders has taught Sunday school at her Sarasota, Fla. church for over 40 years. She’s also the mother of four kids who volunteer, age 27 to 47. “I am so proud to see all my children volunteering,” she says. “It’s incumbent among adults to provide the means to get the next generation thinking. It’s our fault if we don’t.”

When Older Parents Take Cues From Their Grown Kids

Osili’s team had assumed early in their research that parents and grandparents steer the younger generation toward volunteering opportunities. They found the choice also goes the other way.

That’s the experience of the Bancroft family. Ann Bancroft, 61, of Scandia, Minn., is a pioneering arctic explorer. Soon after accomplishing being the only female member of the Steger International Polar Expedition in 1986 (the first known woman to cross the ice to the North Pole), Bancroft began a long relationship of working at, and volunteering for, Wilderness Inquiry. It’s a small Minneapolis nonprofit that takes people with challenges on wilderness trips. Her mother Debby, moved by Ann’s stories about wilderness trips with disabled participants, then joined the volunteer board and stayed on for 14 years. Her dad took photos for the organization and her four siblings also got involved.

Says Debby: “I’m 86 now. I hope I haven’t gone on my last Wilderness Inquiry trip. I still volunteer for the annual fundraising drive.”

The Expansion of Multigenerational Volunteering

The desire to tap into the energy and experiences of people like the Bancrofts lies behind intriguing initiatives to expand multigenerational volunteering.

A classic example is AARP Experience Corps, a tutoring project that started in five cities in 1995 and has since grown to 20 metro areas. Its nearly 2,000 volunteers, ages 50 and over, assist more than 30,000 elementary school students.

Perhaps the most ambitious and exciting multigenerational volunteering project today is the Generation to Generation campaign launched last November by the social venture Encore.org and its partners (such as Big Brother Big Sister and Boys & Girls Clubs of America). The goal: Mobilize one million people 50 and older over the next five years to volunteer and mentor young people.

“It does seem that for different reasons, the work is more important than ever,” says Marc Freedman, founder and CEO at Encore.org. “We need to roll up our sleeves.”

Originally posted in The Chronicle of Evidence-Based Mentoring By Justin Preston April 12, 2017